On Nov. 10, Disney’s Live-Action ‘Mulan’ Comes to 4K Ultra HD™, Blu-ray™ and DVD, and Disney’s Animated ‘Mulan’Comes to 4K Ultra HD™ for the First Time Disney’s animated treasure “Mulan” has captured audiences for over 20 years, and this year’s live-action re-imagining of the beloved tale has been hailed as “visually stunning and action-packed” (Brian Truitt, USA Today). Just in time for the holidays on Nov. 10, bring home both the animated original – new in 4K Ultra HD™ – an
0 comments
The Movie Scene Canada

MAY THE FOURTH BE WITH YOU: DISNEY+ HONOURS STAR WARS DAY

May the Fourth Be With You: Disney+ Honors Star Wars Day with Premiere of “Disney Gallery: The Mandalorian” and Epic Conclusion of “Star Wars: The Clone Wars” Executive Producer Jon Favreau Goes Behind the Scenes of “The Mandalorian” in 8-episode Documentary Series BURBANK, Calif. (April 15, 2020) – This Star Wars Day, or May the Fourth, Disney+ will honour the global Star Wars fan community with brand-new original content joining the service’s comprehensive collection of Sta
0 comments
The Movie Scene Canada

BURBANK, Calif. (December 4, 2019) — Ring in the new year with Disney’s most iconic villain: “Maleficent: Mistress of Evil” — which soared to No. 1 worldwide opening weekend and earned an A CinemaScore and a 95% audience score on Rotten Tomatoes — releases on Digital in HD and 4K Ultra HD™ on New Year’s Eve, Dec. 31, and physically on 4K Ultra HD, Blu-ray™ and DVD on Jan. 14, 2020. The thrilling sequel to 2014’s “Maleficent,” starring Angelina Jolie as Maleficent and Elle Fan
0 comments
The Movie Scene Canada

THE GLOBAL PHENOMENON COMES TO LIFE LIKE NEVER BEFORE IN DISNEY'S “THE LION KING"!

Be prepared: Disney’s “The Lion King,” the worldwide phenomenon that brought the Pride Lands’ iconic characters to life in a whole new way, arrives on Digital in HD and 4K Ultra HD™ Oct.11 and physically on 4K Ultra HD, Blu-ray™ and DVD Oct. 22. Directed by Jon Favreau, the summer blockbuster, which reigned supreme with audiences worldwide — earning over $1 billion at the global box office and an A CinemaScore — journeys home with all-new bonus features, music videos and an e
0 comments 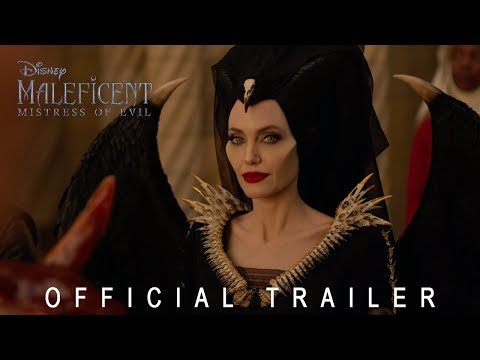 CHECK OUT THE POSTER AND TEASER TRAILER FOR "MULAN"!

The epic tale of a fearless young woman who risks everything out of love for her family and her country to become one of the greatest warriors China has ever known, opens in theatres on March 27, 2020. When the Emperor of China issues a decree that one man per family must serve in the Imperial Army to defend the country from Northern invaders, Hua Mulan, the eldest daughter of an honored warrior, steps in to take the place of her ailing father. Masquerading as a man, Hua Jun,
0 comments
The Movie Scene Canada

11 NEW CHARACTER POSTERS FROM "THE LION KING" RELEASED BY DISNEY

Walt Disney Studios Canada has released 11 new The Lion King character posters for the upcoming film featuring the most classic characters from the timeless story. “THE LION KING” ROARS INTO THEATERS IN 50 DAYS Check out a brand-new TV spot to catch a glimpse of Simba ‘s journey to be king. Staying true to the classic story, director Jon Favreau utilizes pioneering filmmaking techniques to bring the iconic characters to the big screen in a whole new way. Featuring the voices
0 comments
The Movie Scene Canada

The brand-new trailer for Disney’s THE LION KING has arrived, marking 100 days till release.

THE KING ARRIVES IN 100 DAYS! Disney’s The Lion King, directed by Jon Favreau (The Jungle Book), journeys to the African savanna where a future king is born. Simba idolizes his father, King Mufasa, and takes to heart his own royal destiny. But not everyone in the kingdom celebrates the new cub’s arrival. Scar, Mufasa’s brother—and former heir to the throne—has plans of his own. The battle for Pride Rock is ravaged with betrayal, tragedy and drama, ultimately resulting in Simb
0 comments
The Movie Scene Canada

Check out the new trailer for ALADDIN!

Two-time Oscar nominee Will Smith (Ali, Men in Black) stars as the Genie in the new film alongside Mena Massoud (Amazon’s Jack Ryan) as Aladdin, the hapless but lovable street rat who is smitten with the Sultan’s daughter. Naomi Scott (Power Rangers) stars as Princess Jasmine, the Sultan’s beautiful daughter who wants to have a say in how she lives her life with Marwan Kenzari (Murder on the Orient Express) as Jafar, an evil sorcerer who devises a nefarious plot to unseat the
0 comments 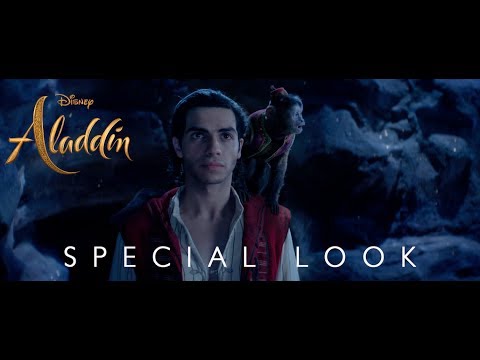 A SNEAK PEAK OF WILL SMITH'S GENIE!